is a cute, funny, and awesome anime!! It's about a group of five girls called the Angel Brigade. They are technically part of the military, and their job is to find "Lost Technology". They also get asked to do lots of odd jobs as well. But they screw up everything so badly that you have to wonder how in the world they all stay employed! The show follows the girls as they get into all kinds of wacky, random, and nonsensical situations (most of which they got themselves into). It's very lighthearted and is great fun! ＼(＾▽＾)／

The anime first started airing in 2001, and it ran for four seasons, and a special. Broccoli, the creator of the franchise, also made many video games for Galaxy Angel, and a manga series. There is also a sequel anime called Galaxy Angel Rune. 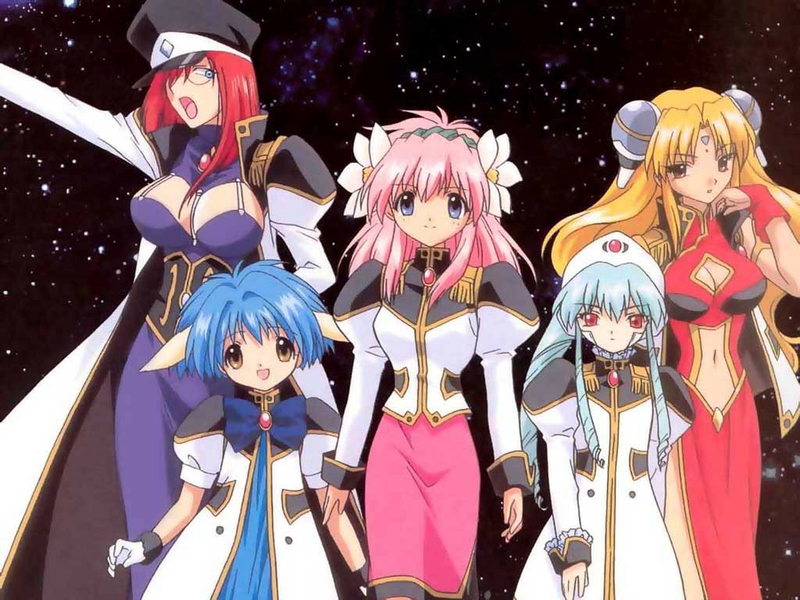 Milfeulle is the newest member of the group. She is carefree, kindhearted, and optimistic, but she is also childish, clumsy, and often airheaded. Her emotions can change on a whim depending on the situation. She doesn't like hurting anyone and cares deeply about her friends.

She loves and is very good at cooking, especially baking, often giving treats to the other members. She also has extraordinarily good luck. I've lost count of how many times she's won the lottery.

Ranpha sees herself as a young, beautiful maiden, waiting for the perfect man to come sweep her off her feet. However, she can be quite superficial, usually falling in love with men based on their looks alone without getting to know them. She can also be materialistic and easily swayed by money.

But she is also strong and can handle herself in a fight. She exercises frequently and is good at hand-to-hand combat. She is also a bit superstitious, practicing and beliving in fortune-telling.

Mint looks very young, but she actually might be the smartest member of the group. She has a polite and proper demeanor, being from the distinguished Blancmanche family, but that often is just a front to hide her true thoughts.

She adores cosplay and dressing up in costumes, but she would rather let her friends die than have them find out (seriously). She also likes eating jelly beans and has adorable ears that perk up and wobble around when she's excited.

Forte is the oldest member of the brigade, but that doesn't mean she's the most mature. She has a tomboyish nature, and often acts quite crude, crass, and blunt. That's not to say she is necessarily rude, though.

She has a passion for guns and firearms of all types, and seems to always carry at least one with her, which she has been known to take out and point at people with. But she's not just a senseless killer, and she will protect her friends when it gets down to it.

Vanilla is the youngest in her brigade, and also the most mysterious. She is always expressionless and nearly always silent, often not speaking even when she's spoken to. Most of the time it seems she's just along for the ride.

She is devoted to a religion of some kind. When she does speak, it's often in reference to a god. She always carries Normad with her wherever she goes, but it's less because she has a genuine love for him and probably more because he's a soft stuffed animal.

Volcott is the Commander of the Angel Brigade, but despite his position of authority, often comes off as meek or timid. He's also a bit dopey, but he means well. He often has to deal with the consequences of the irresponsibility of his group.

Normad actually is a Lost Technology himself. He is a personality that exists on a computer chip, which originally was installed onto a missile, but is now inside of a pink stuffed animal. He has a distaste for most of the Angel Brigade, considering himself intellectually superior, except for Vanilla, who he idolizes. 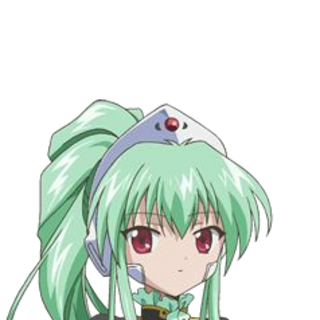